2. In Arabic it is called Qust.

3. In English it is called Costus.

4. In Hindi & Sanskrit it is called Kusth.

5. In Latin it is called Saussurea lappa.

Saussurea lappa is the botanical reference for the Costus Root. The plant is grown around the Himalayan Grounds within the Kashmir region.

How to use Costus Root Oil –

-        Respiratory functions are improved with Costus Root Oil inhalation. Blocked nasal passages can be cleared as a consequence.

-        Energy levels can also be boosted by inhaling the aroma of the oil.

-        Skin bruises can be treated with blends of Costus Root Oil. The essential oil is conveniently diluted in Olive Oil for ease of use. Apply the blended oil on the body for wounds to heal at a faster rate.

-        For relief from body pain and aches, mix 1 teaspoon of the oil in a bathtub containing water. Immerse the body in the mixture for a couple of minutes to enjoy the benefits imparted by the oil to alleviate the discomforting sensations.

External use only. Do not ingest. 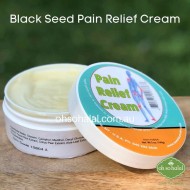